nd out (via Alexander’s blog) about the Main Street Writers Movement that was launched at AWP this year. According to Forest Avenue Press, the movement is meant to promote “writers to build genuine community on the local level, with a focus on amplifying underrepresented voices and supporting regional literary organizations and businesses.” Needless to say, I love this idea and everything I’ve read about #mainstreetwriters so far. I just joined and signed the pledge. I urge everyone interested to do the same and hopefully this will get some energy behind it and result in some interesting events and discussions.

Nearly every writing magazine, blog, and interview with a writer will discuss the relationship between time and writing. More specifically, the lack of time there is to write in most of our busy day-to-day lives. This is a specifically harsh fact for writers with full-time jobs, young kids, and the million other obligations we have. While I don’t have any answers to this problem, I can add my own blue note of longing to this common song.

What do we do to eke out enough time to write?

Some of us write late at night after everyone is asleep. Others get up before dawn to get the words out before the world wakes up. All of which is fine, but I want to say that unless there is a sense of real urgency I can’t seem to write day or night. There either has to be an external deadline of some kind, or the feeling of having not written has to become overwhelming. Th most productive writing time in my life, ironically, came when I actually had the most obligations and responsibilities in my daily life. I was under a strict deadline that required a little over a thousand words a day to produce a first draft. Come rain or shine, I had to get those words out. Because of my wife’s work hours and a small child’s sleeping hours, this meant that I was writing anywhere between 7:00 PM to 4:00 AM every night. Usually I was simply writing at one of the local Starbucks, Dunkin’ Donuts, or a number of independent establishments from 7:00 to 9:00–no big deal. But as the deadline approached, I found that I was writing until 2:00,3:00, even 4:00 in the morning.

Urgency motivates, of course, yes, but how do we make things urgent for ourselves when we lack a strict deadline? Writing partners and groups that hold each other accountable is one way that I am looking into currently. Versions of these kinds of arrangements have really helped me in the past, so that’s what I am thinking about currently. If anyone knows any good online groups for this kind of thing or have other tricks to produce the sense of urgency I am talking about–let me know! 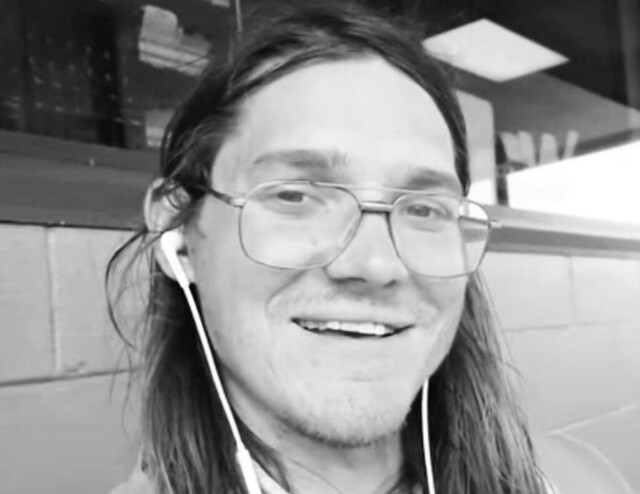 As many of you know, on January 21st Mark Baumer was struck and killed while walking near US Highway 90 in Walton County, Florida. He had just passed his 100th day of walking across America barefoot to raise awareness for climate change and money for the Providence-based environmental activist group, The FANG Collective. (His donation page is still running and taking donations as of this writing, so give if you are so inclined.) I didn’t know Mark beyond a few interactions on social media, but I’ve followed his Internet presence for seven or eight years and always looked forward to what the hell he was going to do next. I remember when he would post disturbingly embarrassing videos of him on Brown’s campus, then he walked across the country (with shoes), then there was that year that he wrote 50 novels, and, now, he was walking across the U.S. again–with no shoes! Daily I could count on seeing his dirty, unimaginably flat feet, flash across my Instagram feed as he made his way from state-to-state.

Mark was a strange bird. I honestly didn’t know what to make of him most of the time. He seemed restless, fraught, and endlessly peripheral to whatever big thing was happening in what used to be called “alt lit.” Getting his MFA from Brown in 2011, I thought I might be seeing his book release announcement any day now and he’d be–like Blake Butler, Justin Taylor, Roxane Gay, etc.–folded into this newly emerging American scene. But I never did and he never was.

I’m still trying to process his death. A death that is inseparable from the cultural context of 2017 and the beginning of Trump’s America. I’ve returned again and again to the last video he uploaded to YouTube trying to put the pieces together. Apparently, I’m not the only one, judging by how many views it currently has. In the beginning of that video, I see Mark as I’ve come to know him throughout the years–irreverent, lighthearted, critical, but funny–towards the middle, however, when discussing Trump’s presidency he becomes more confrontational, resistant, and angry as the cars speed by on rainy streets. Finally, there is that last moment of Mark, it’s dark out and he is in a wet poncho, he is screaming into the voids of Northern Florida: “Your ignorance is killing people!”

Mark, your voice is necessary and won’t be forgotten.